Image360's Project of the Year

It's easy to forget that vinyl, canvas, acrylic, and corrugated plastic are materials that can drastically shape our communities. When printed and shaped into different images, words, and messages these seemingly impactless materials have the ability to alter our perceptions and spark conversation. When Signs By Tomorrow (now lmage360) created the graphics and sign age for The Union for Contemporary Art, it helped deliver important messages and shape a community in Omaha, Nebraska.

The awe-inspiring project won Image360 Wide-Format & Signage's Project of the Year Award. Don and Kelly Eldridge, owners oflmage360's Omaha franchise spoke to Wide-Format & Signage about how the proj­ect came to be in late November of 2016, Don and Kelly were approached by The Union's Founder and Executive Director, Brigitte McQueen Shew to create interior signage for The Union's new location alongside architectural firm Alley Poyner.

McQueen Shew, a beloved client of Don and Kelly's for over 10 years, made agreeing to work on the project a no-brainer for the duo.'"We have a ton of respect and a ton of love for Brigitte," said Don affectionately. "We've had her as a client since she had a little paper company. Then she entered into the art community here in Omaha and kind of started moving up the ranks and we've watched her grow as an artist in the community. She's kind of one of our favorite clients. So when she says we want to use you we were delighted to push the envelope a little bit, effort-wise to help Brigitte out."

The Union for Contemporary Art has made it its mission to use the arts as a vehicle for social change and discourse since its inception in 2011. As a non-profit organization created with the notion that the arts could be a valuable resource to its community, The Union offers numerous opportunities and programs, in addition to its myriad exhibitions
of contemporary arts. Programs are offered to kids and parents, as well as local artists, including everything from mentorships, access to supplies and space, and collaborative events with community partners. Every program and initiative is meant to invoke social change, and inspire new and meaningful thought. All artists that utilize The Union's programs are required to volunteer and give back to the North Omaha area.

"The kind of cool backstory behind this is, The Union of Contemporary Art was put up the heart of the African-American community here in Omaha," said Don, providing ad­ditional information on The Union's origin. "It's a somewhat depressed part of town that really needed an ar­tistic outlet, a nice place where artists of that community could go and col­laborate and do that kind of work. So the project is well beyond anything we did; it's a pretty cool
thing for Omaha. I mean it was something really cool that the city, and the architects, and everybody involved in the project did. We were just blessed enough to be a part of it."Completing an Impressive Project with Limited Time
After Alley Poyner completely renovated The Union's new site, Image360 generated the signage for the new community space. One of the biggest undertakings in the project was the 42-foot long donor wall.

The wall is comprised of about 95 square feet of custom color vinyl, according to Kelly."It wasn't just that we plotted it and cut it, we had to print a custom color first and then plot it," recounted Kelly. "We did all 32 square feet of dimen­sional that then had the custom color applied to the top of it. And then in the gaJ\eries are a couple of other photos that we had submitted were black lettering. There were a couple of different gallery displays. The total in the digital 74 square feet of cut vinyl all of which is plotted, we did and installed in six days, two of which were over a weekend."
The wall's hasty installation is per­haps one of the most impressive accom­plishments in the project. Despite being aware of The Union's desire to include the donor wall, lmage360 held off on setting up the wall to give The Union ample time to get in as many donations as possible. "We knew about the project in late November of2016," Kelly
explained. "They gave donors until January 3 of 2017 to make a commitment to this project.

The Union for Contemporary Art had a soft open that next week on the twelfth. So we received final order approval on Friday, January 6-and had the ." entire project installed six days later." A donor wall the scale of what Im­age360 accomplished would typically take anywhere from 12 to 21 days but they did it in six. Don added the importance of waiting until the last minute to execute the donor wall: "We've done donor walls in the past and one of the challenges of donor walls or donor displays is that you want to give the client every second, every last hour you possibly can give them to obtain one more donor. Get one more commitment to support the cause and not cut them off. But boy, it sure shortens the timeline for you to then take that information and create the display."

Another challenging aspect of putting together the donor wall was its graphics needing to be applied to a curved wall.
"When you're cutting dimensional let­ters from a rigid substrate and applying them to a curved wall it's a challenge because they don't bend around the curve," said Don. "You've got to find a way to make it work and luckily the curve wasn't too severe that there wasn't any surplus to stick it to, but it was a challenge."'

lmage360 Has Its Sights Set on Future Endeavors
One of the biggest motivations to changing Signs By Tomorrow's name to lmage360, is to gain more projects such as this, according to Kelly. "It's always been in our skill set. lt's just that people didn't necessarily think of Signs by Tomorrow as a place to go for a 42-foot-long partial dimensional donor display wall," said Kelly.
"This is more than a banner and yard signs store," added Don. 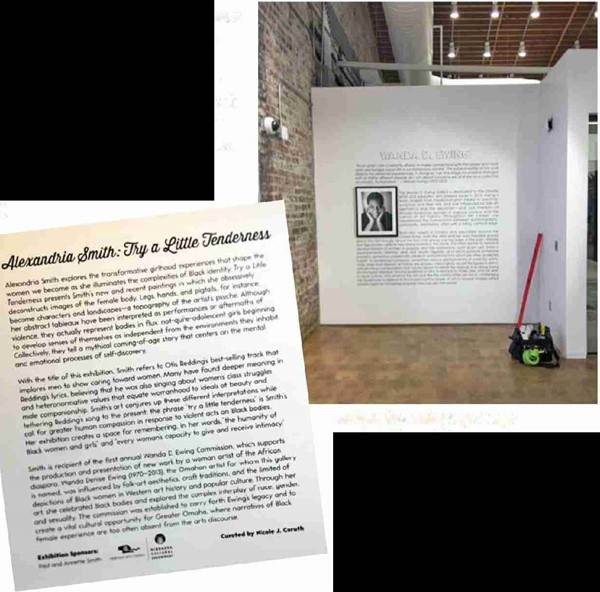